How to Clear a Blocked Sewage Drain The sewage system is something that you usually don’t think about until there is a problem. If the drain doesn’t drain or you have a backup or blockage, you probably have a blocked sewage drain. If you’re a do-it-yourself guy, you can clear the sewer by following a few simple tips on YouTube. However, I would strongly suggest you don’t try as more often than not you will make the matter worse.

So when it’s a concern that runs deep inside your system or you don’t have any idea on how to clear it. Might as well call it in and let a professional do the job. We don’t usually pay attention to the sewage system since we don’t see it every day. So what we do is go about our day, go to school, go to work, go to events, and many more. When we notice something wrong with the drainage, it’s already too late, and we usually need professionals’ help. In this article, we will be briefly discussing some of the best ways on how to spot a sewage blockage and how to unblock a sewage drain.

How To Spot A Blocked Sewage Drain?

If you are the type of person who cares about your house, with simple and easy to spot signs, you can prevent a major disaster from happening.

Sometimes a slow drain means a small blockage found its way into the pipe. If your sink or bath was draining very slowly for no reason, a major blockage may have formed in the sewer line. The blockage may eventually lead to a sewage backup that nobody wants. If you flush the toilet and the sink backs up, your main sewer line has a blockage. The reason for this is because all of your drains count on the main sewer line to drain correctly. If they cannot drain properly it can cause an unwanted smell on one area of the house until the scent covers the house.

How to Clear a Blocked Sewage Drain?

You can make your solution out of household supplies, using vinegar, baking soda, and hot water. It can loosen up any build-up that blocks the pipes—considering that this mixture is an eco-friendly method of clearing a sewage blockage. This will usually only work if there’s a hair blockage or possibly paper. You Can Buy Liquid Cleaners

Liquid cleaners are the most basic way to clean out your sewage line. These chemical solutions are often very effective but sometimes can damage the lines, especially when they are old or worn down, these can also be very caustic and often cause staining and damage to other parts of your kitchen or bathroom if they are used, Its strongly recommended that you only use these under the instruction of a professional Plumber, if you happen to use these  prior to a plumber attending please ensure that you advise him before he does any work, as these solutions can burn skin and damage property. If you are not a fan of liquid cleaners, then powdered based cleansers are the ones for you. Powered ones are less corrosive on the pipes, and they usually contain the chemical sodium hydroxide, which works quickly to unclog the drains, however more often or not they are not effective. especially when the drain is  still blocked or full of water. Its strongly recommended that you only use these under the instruction of a professional Plumber, if you happen to use these  prior to a plumber attending please ensure that you advise him before he does any work, as these solutions can burn skin and damage property.

To Sum It All Up

These are just some of the essential eye-openers for you to understand how important it is to be aware of your sewage. I hope this helps you out in your everyday house chores. However, professional plumbers are still needed to solve household plumbing problems. The Plumbing and Electrical Doctor is your one-stop service provider. We can provide you with emergency plumbing services at any time of the day. So, if you’re interested in getting your drains unblocked by the professionals, then visit our website and chat with us. You can also call us at 131091. Our representatives will gladly assist you. And remember, when things are taken care of, you can have a nice day just like flushing the toilet with ease in seconds. 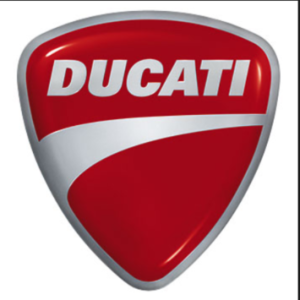 Joe is the director of the Plumbing and Electrical Doctor. He has committed the past 23 years to the plumbing and electrical industry. From his humble beginnings as an apprentice to now being a respected tradesman with his own sphere of influence, he aims to support the industry and the people involved in it. Joe and his young family have so much to be grateful for and appreciate everything that the industry and the customers have given him.
Call now! 13 10 91